The Mighty Quest for Epic Loot Wiki
Register
Don't have an account?
Sign In
Advertisement
in: Characters 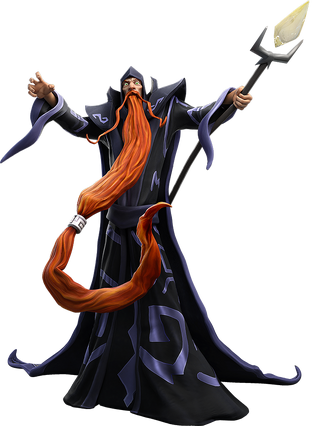 Based on pure theoretical ability alone, the Earl Of Evilosity may be the absolute worst mad scientist in this or any kingdom.

Luckily for him, people usually keep their opinions to themselves when you're an elemental mage who can conjure 76 different types of pure flame by simply snapping your fingers. Having steadily climbed the ranks of evil wizard nobility from the title of Baron to Earl, EE (as his assistant Pickles calls him) slavishly tends to his labor of love, the Conquer-tron 2000. This lightning-powered machine is supposed to unleash some kind of high-powered conquering rays (or something...) but the Earl has never really been able to explain it properly to anyone. What everyone does know for sure, though, is that the ability to give a coherent lecture is less useful in Opulencia than being able to level entire castles with ridiculously powerful elemental magic. When you need to ensure the mind-boggling destruction of every enemy in sight, the Earl of Evilosity is just the wizard you want.